CGeo is a research focused consortium based on the full commitment of its institutional members: the University of Coimbra (UC), the University of Trás-os-Montes e Alto Douro (UTAD), the Polytechnic Institute of Tomar (IPT) and the Earth and Memory Institute (ITM).
IPT primarily secures, with ITM, the activities of the Quaternary and Prehistory Group and of the Geology, Environment and Human Behaviour thematic line.
CGEO has been evaluated as "Excellent" by the international evaluation panel of FCT. 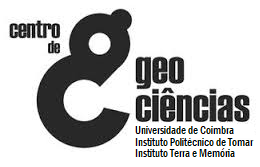 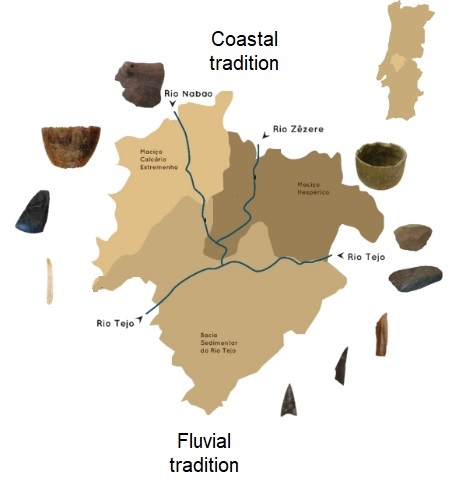 CGeo focuses on the identification, transformation and use of geological raw materials, within the framework of sustainability. In doing so it identified fossil energy and climate and environment adaptations as its main expertise, considering its research record and the team involved. Meeting national and regional priorities, it addresses territorial cohesion and resources rationalization, with a strong attention both to internationalization and advanced research education.

CGeos promotes research that contributes for nature understanding, from a multidisciplinary standpoint, innovating in the use of new tools, strategies and technologies addressed to the study of hydrosphere and geosphere (fossil energy), to technological applications to construction and metallurgy (geotechnology), to the understanding of past human adaptations and their recurrences (quaternary), to new approaches to sustainability (integrated landscape management) and to education and knowledge transfer (with cognitive and economic impacts). Papers, patents and models serve this set of general objectives. CGeo estimates to have a greater impact in fundamental and applied research as stated, with a significant impact on education (Postdoc, PhD and Master levels  not only in Portugal but beyond) and on employment (the profile of the studies offers a high potential of employability, and the major economic activities in which CGeo is engaged  energy, construction, metallurgy, heritage  are all growing employment sectors in the world. Studies by CGeo will also contribute, even if as a side result, for the assessment of climatic modifications.

For the 2015-2020, the following specific objectives are defined:

Continue to deepen the knowledge on the macro and micro fossil record of the Paleozoic and Mesozoic, including the description of new species, namely the taxonomic studies of trilobite, graptolite, brachiopod, acritarchs and chitinozoans assemblages and ichnofossils from the lower Paleozoic. This study is to be conducted in Portugal, Spain, Morocco, Western Sahara, Jordan, Ethiopia, UK and USA.